Water in my grave 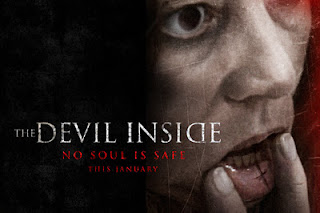 You hear from the news each day terrible crimes are committed, people like monsters killing other people,  sometimes for money or anger or jelously or to simply snatch a gold chain, and sometimes you cant even begin understand why. It seems like demons are possesing them and making them do things which cause tragedy and pain to even themselves too, because often they are caught and made to pay for their crimes, sooner or later .
Recently prision staff in Anuradhapura reported a strange case of murder –suicide from inside the prision itself – two men who were caught for a terrible crime, of having abducted and killed a woman, had been arrested but on the third night one of them had strangled the other and then hung himself . What was amazing was that the one who had done this was the smaller and younger of the two and prision officials could never begin to understand how he had got the strenght and the ability to do this, but perhaps after you read the rest of the story you may understand.
This started with a pretty village woman called Seetha whose family worked in kilns, meaning they mined the mud near the Kelani river and shaped it into bricks which were burnt for sale. Their family had lots of land near the river and this had been their source of income for generations, although now the land was somewhat pockmarked with all the digging.
Seethas husband was a succesful agriculturalist in other ways and planned the mining sometimes a year ahead and how he would roll that money into his other work and manage the income and expenditure for the year. In the year Im taking about his eldest daughter had just decided she wanted to do a rather expensive but well recognised Information Technology course in Colombo and he was trying to figure out how he should fund this..
He had one problem, the land that remained to be excavated in that area was some land which had remained with a good reason. His mother had told him long ago that she had some very bad dreams about a river spirit in the area, who had warned them not to dig that land. This warning had been given to him about 15-20 years ago when he was young and impressionable but in his middle age he had grown more cynical possibly because of boisterous friends of his,  and he felt that it was foolish to worry about this bad dream from long ago and more practical to go ahead with his plan of mining that area.
So this year he dismissed the irrational fear from his mind and went ahead and told his crew to use the clay of the particular area for the next batch of bricks. About 12000 bricks could be made from this block which at the  current sale prices could comfortably see to his daughters education as well as about 6 installments to his tractor lease.
The process of shaping and burning that batch would take about 4 – 6 weeks and after the initial subconcious worries about his mothers warning, he actually forgot it completely as life seemed to go on fine. He was planning how to level the remaining land in this seciton and sell it for some final income.
One night though, as he had been feeling a bit feverish after working in the sun all day, he felt he could not do the final checking round and sent his wife to check the kiln instead. This was not a good idea.
The family were startled horribly by the terrible screams of Seetha who came running back with her hair awry and her face distorted. Seetha could not even speak for a day or two afterwards, she had been shocked so badly by something she saw. She never did tell them what it was she had seen either but from that day onwards, she was never the same again, and began to behave in a very bizarre way.
Village folks concluded that she must have been possessed by the terrible and vengeful river spirit and lost her mind , but her husband took her to a psychiatrist in Colombo who gave her various lots of tablets and seemed to get her to function normally again.
No matter how anyone asked,  she would not however tell of what she had seen that night, and it was to become clear that when the sedative effect of the pills faded, she was still possessed by the unspeakable madness that had caught hold of her that night alone in the kiln.
And in months to come, the nightmare was to take on new levels of horror.
To be continued
Posted by aljuhara at 10:28 AM No comments: 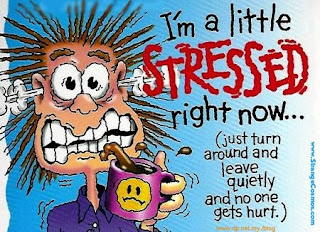 Life in this modern day and age has become such a relentless rat race that moms in particular, single and or working moms are likely to feel incredible levels of stress, in particular if you are trying to bring up small ones, manage a competitive stance on the career front and hold an important relationship together and sometimes do all of this without extended family support or a partners contribution. We all agree that mothers have so many responsibilities and so little time, so how do they cope? Remember stress will inevitably have its costs in the long run, where later you could get high blood pressure, diabetes, cholesterol and so on, and end up being a long term burden to the kids you love. In any case don't we all owe it to ourselves to be happy in our lives, not just slaves to the system in our own homes?

Having heard  popular complaints such as I don't remember the last time there was "me" time, why is it always me that has to do XYZ, Im such a bad mother Im fed up…we decided to interview a number of ladies on their ideas for how to stress proof motherhood..the ideas were surprisingly uniform!

On top of the list is Time Management- a valuable skill which we learn in the office place which can save us at home! Doing anything at the correct time is always a way of avoiding stress and aggravation, and if you need help in this, create a habit of making lists of things to do, with their deadlines.(hey modern phones are good at this with the little electronic beeps to remind you) Delegate anything that you can to your brood, because they have to learn, regardless of whether they are boys or girls,  they must be able to cope with the difficulties of modern life and what better a way than to train them early! Next comes Prioritizing. Do we really have to go to that cousins wedding, or birthday party or  is there a way we can politely and graciously decline and yet make our sincere best wishes clear? Days of shopping , fit ons , anxiety knocked off in one go(not to mention all that expense- you can use the money saved to send them an honestly useful gift!) . And if you are planning a party, think about your invitees, the simpler you make it the less stress there will be.  Perhaps you can insist on an informal location and informal clothes, instead of the usual showing off! Prioritizing applies at home too, don't obsess about cleanliness if it's at the expense of your temper, as long as the kids are happy and well fed who cares about a few dog hairs on the sofa…and the latest scientific findings are that pets are good for you too, just train them first. Take time to be thankful for the Special moments in life, like clean sun dried cotton laundry…watch an occasional comedy with the kids, taking the dog for a walk, teaching little ones how to grow tomatoes or make pol sambol, or going shopping or when your seven year old decides to make you some tea. Don't try be a perfectionist and DON'T agree to do too much, there are only so many hours in a day and you deserve some time for yourself too! Keeping yourself happy is NOT a CRIME, it is finally for the good of your child! In Austrailia, a lady called Amanda Cox, mother of three, has actually formed the Bad Mothers Club, where she and fellow "bad" mothers support each other over why they gave up in the race to become perfect .

Finally…one very important tip that I found from talking to my friends was "STOP LISTENING to people trying to judge you!" which is very true. People (ehem, women mostly) have a tendency to say mean little things like Oh how skinny your kid is…or such a pity she had to wear braces…or you should do this, you should not have done that. As long as your kids know you love them, and you know you are doing your best for them, do allow all those nosy old in law aunts to go fly kites.

Posted by aljuhara at 3:03 AM No comments: 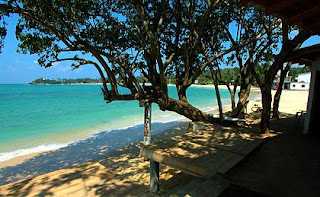 Serendipity has always been one of my favourite words
For a long time I didnt know what it meant but associated it with eating Marie Biscuits and Ambul Kesel, on a quiet Balmy afternoon in my grandpas antique house in Unawatuna( those old houses with the fancy trelis work and wooden windows with bars across...and the doors are double doors with glazed windows in them...the cupboards are full of thick cotton sheets which smell of sunshine), with the rustling of coconut trees outside, and the distant sound of a fisherman on a bicycle saying maaalmaalohhh...and of course some friendly cat squeaking nearby...
His house had a dusty old attic full of olden novels, including a 1952 Famous Five book and one of the first editions of CS Lewis "The Magicians Uncle" which itself is about kids who discover a wardrobe which leads into a different world... for a loner  kid who loves to read, that attic was simply enchanting.
When I looked it up in the dictionary I believe I got it right perhaps by sheer instinct, because the attic was certainly a serendipitous discovery in serendipity...:-)