an excerpt from my latest book MY VILLAGE HUSBANDS 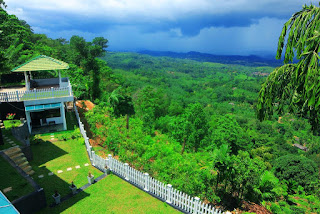 On a side note serial bigamy though rarely heard of is lucrative in Sri Lanka as reported by one of the inmates, an ex-army chap who proudly told Keju Ayya about his handiwork. Being merely somewhat good looking and coherent,and also with the automatic veneer of heroic respectability that army personnel were automatically imbued with after the defeat of terrorism by the Army in Sri Lanka, this chap had been able to answer a number of matrimonial advertisements in the papers, of somewhat outdated village spinsters, who had not much family support. After a brief "affair" during which he pretended to be very interested in the lady, he would agree with pretended caution to marry her, and substantial dowries would be given to the lady by her family and thus come under his control. Having transferred assets to his name and got as much of the money as possible into his possession, not to mention having royally screwed the woman for a pleasant interlude (remember the note about free pussy - that itself is considered a conquest in Sri Lanka), he would then move out of town saying that he was called out for official duty, and there would only be his phone number to contact him on. He would by now have begun work on his next conquest, while the first wife waited fondly (and often pregnantly) for his return. And this would go on ad nauseum, leaving a little string of fatherless village spawn in his wake. It would have perhaps worked if he had stopped at two or three or even four women, but human nature is such that the accumulation of ill-gotten gain only serves to fuel the craving for more, and around the time of his sixth conquest, he messed with the wrong dame and got landed in Kuruwita with a long sentence and no more free pussy till 2050.
(Photo is from a website of the Danadhee Jungle Rest in beautiful Kuruwita)
Posted by aljuhara at 10:13 PM No comments: