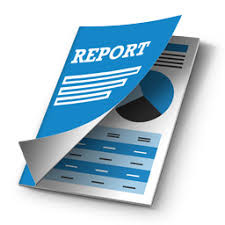 ●     Legendary "Milk for Colombo" not so good for health after all, says CRaP report

Hard-hitting Colombo based think-tank the Centre for Regional Alternative Proposals (CR-P) recently issued a timely and voluminous piece of ground-breaking research on the subject of Human Satisfaction in Rural Sri Lanka in the backdrop of "kakiri" consumption statistics, based on a three year long research exercise which involved thousands of interviews, field trips and Focus Group Discussions (ie meeting with people) and a budget of only $ 2 million.

Startling findings from the epoch-making 240 pg survey, which was printed sparing no expense since it was funded by gullible generous Nordic Donors, conclude that rural humans in Sri Lanka are actually happier than they look, in spite of a bucolic diet of previously maligned vegetables like manioc, talana batu and the supposedly inferior "Kakiri" of yore.

"The report is well researched, thought provoking and printed on expensive glossy paper," MD of Barbell Printers, the CRaP regular pointed out enthusiastically when interviewed at the launch, concluding that "I recommend it as a Must Read." He added that he was available for similar contracts and had extensive experience in printing CRaP reports.

Findings include the conclusion that Colombo folks who regularly imbibe of "Kiri" or the expensive imported dairy products are known to be prey to diabetes, cholesterol, obesity and a general discontent in life stemming from a feeling that regular village folks have it good after all.

The revolutionary survey which also compared such factors as air and sound pollution levels, commuter density and  the price of Tea in China, went on to conclude that nothing really changes and urban people keep looking for greener pastures wherever they are anyway.

In contrast the grassroots appears to be witnessing a revolution in terms of a reverse flow of youth who will NOT be migrating to the urban metropolises but instead will be content to continue farming and living the pastoral life, satisfied with a simple diet of fibrous organic vegetables and exhilarating five mile treks to the pharmacy around twice a year when they need a Panadol.

"It's always a case of us ending up with Kakiri but now we are realising the health benefits of its roughage and antioxidant properties and lack of 'bad' cholesterol," according to citizen PunchiSingho hailing from Thooththukudiya, famed for its legendary inaccessibility.

Produced in all the official languages of Sri Lanka, in four colour, on 250 GSM artboard paper, and weighing a mere 1.2 kg, this NGO report is a true collector's item and can also be used as an ornamental conversation piece, to prop up  a lopsided coffee table,  and even in self defense. More information at www.craplanka.lk
Posted by aljuhara at 11:19 PM No comments: