A few handy Arabic phrases translated to English -- in case you're ever kidnapped by terrorists.
AKBAR KHALI-KILI HAFTIR LOFTAN.= Thank you for showing me your marvelous gun.
FEKR GABUL CARDAN DAVAT RAEH GUSH DIVAR.= I am delighted to accept your kind invitation to lie down on the floor with my arms above my head and my legs apart. SHOMAEH FIKR TAMOMEH GEH GOFTEK BANDE.= I agree with everything you have ever said or thought in your life.
AUTO ARRAREGH DVATEMAN MAMO SEPAHEH-HAST.= It is exceptionally kind of you to allow me to travel in the trunk of your car.
FASHAL-EH TUPEHMAN NA DEGAT MANO GOFTAM CHEESHAYEH MOHEMA RAJEBEH KESHAVAREHMAN.= If you will do me the kindness of not harming my genital appendages I will gladly reciprocate by betraying my country in public.
KHREL JEPAHEH MANEH VA JAYEII AMRKAHEY.= I will tell you the names and addresses of many American spies travelling as reporters. BALLI, BALLI, BALLI!= Whatever you say!
MATERNIER GHERMEZ AHLIEH, GORBAN.= The red blindfold would be lovely, excellency.
TIKEH NUNEH BA OB KHRELEH BEZORG VA KHRUBE GOYAST INO BERGERAM.= The water-soaked bread crumbs are delicious, thank you. I must have the recipe.
BA BODENEH SHEERELL TEEGZ.= Truly, I would rather be a hostage to your greatly esteemed self than to spend a fortnight upon the person of Cheryl Tiegs. source: http://www.jokes4us.com/religiousjokes/islamicjokes.html
I found them funnyyyyy so Im deviating from the usual policy of only having my writing here!
Posted by aljuhara at 6:05 PM No comments:

And then came Hope...

Picking up the pieces,

And then came Hope... 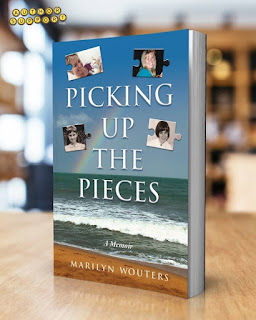 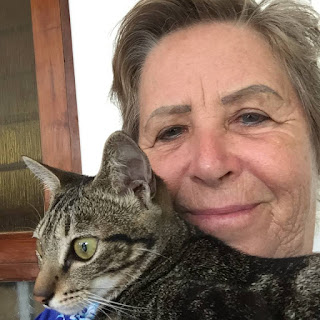 "Picking up the Pieces" is the inspiring, uplifting and adventure filled autobiography of Marilyn Wouters, a self proclaimed "crazy cat lady," who has showered her love and dedicated caring on countless abandoned, desperate and disabled stray cats and kittens in Sri Lanka for a number of years now.

Marilyn who was searching for a nice warm country to retire and relax in, picked Sri Lanka in preference to Thailand, Indonesia ,and other south Asian countries and came over in 2010 with a rescued husky and two hunting dogs, because she found a house by the beach with a wall around it. She  didn't know what life had in store for her when she adopted two abandoned kittens who had strayed into her backyard.

You'll read about various incredible trials, tribulations, and adventures spanning many countries in continents from Europe, UAE, Africa, UAE  and then Asia,and how a Dutch/Swiss Dental Assistant became a successful educationalist and then hardcore animal rescuer, for many years carrying her work through only on her pension funds.

PICKING UP THE PIECES shares those moments of hope and success that make worthwhile the life of any animal rescuer from foraging for halmasso at the local pola, to difficult budgeting and funds management and to fighting courageously to save the lives of numerous blind, day old  orphans dumped at the Ark. Marilyn is expert at how to save the almost-certainly-doomed. For the most part there is no one to really help Marilyn who has to feed, care for and clean up after the many furry patients, because her domestics turn their noses up at this "ikky" work.

Marilyns first rescue 2012 was a dumped kitten called Gypsie, many others followed then such as Milou in 2014 with paralysed back legs,  who was incapable of moving for about 14 months until it was decided to amputate her back legs. This was a courageous and difficult decision but now Milou is one of the extra feisty stars of the Marilyns Ark Facebook page,and climbs trees, chairs and obstacles and defends her turf from other cats with aplomb.

In 2016  "HOPE" became a Star Survivor, a gentle crippled black beauty who was discovered pregnant and paralysed, and in need of constant care, who however herself adopted and mothered a number of helpless newborn kittens. Hope's story is one of great courage and luck and she now has a fan following of thousands from around the world, including people who have been through comparable hardships.

There are a number of established organisations in Sri Lanka looking after dogs, but none for the cats so Marilyn's dream is to set up Le Kittenerium, a shelter for abandoned, disabled, and paralysed cats in Sri Lanka, including a free cat clinic. ALL PROCEEDS of the sales of the book will go towards this the support of her work helping desperate cats and kittens so if there is one book you buy for Christmas, please make it this one. You can also, on FaceBook, like Marilyn's Ark or LE KITTENARIUM to keep in touch with the wonderful antics of Hope, Milou and Marilyn's other special fur babies. Picking Up The Pieces is available on Amazon USA, UK and Germany.

Posted by aljuhara at 5:25 PM No comments: