Death is a great leveller, they do say. Meaning that whether you are rich or poor, ugly or beautiful, good or nasty everyone gets to die at some point in their lives. Oddly enough that's just when people start being honestly religious, including the dying person invariably and their friends, relations and neighbors. Your author just recently got to know the extent of some religosity by analysing the amount of sheer drinking and serious gambling that goes on at latterday Sinhala "Buddhist" funerals in a more  recent development of tradition, but that is just too unsavory to go into here even on this undead page. Instead we will just talk about bodies and spirits and dead things, as per custom with your friendly book-of-the-undead.

In some countries in Asia would you believe it, water buffaloes really get the bad end of the deal,  and depending on how rich the dying person was a lot of buffaloes get sacrificed, so as to help that person go to the after life ie"Puya"– that's what they claim, but Im not sure how that would help me, Id just be uncomfortable with the sheer size of these creatures and prefer if they were allowed to live in peace and muck about, since they seem to enjoy it and harm no one. Plus I hear they are actually quite expensive. This water buffalo slaughter is a practice carried out by about  650,000 members of the "Toraja nation" living in the mountains of south Sulawesi, an island located in Indonesia. The Toraja really know how to make festivities last, and a good sized funeral which begins with a large scale buffalo slaughter, out on the fields, can actually last for MONTHs if not years. I hope Sri Lankans don't get any ideas,  because I know some of my neighbors did try to come close last year, with practically more than a week of noisy overnight chatting, drinking and playing carrom and booruwa, plus they blocked the road to our houses which seems like another of those traditions about death that is calmly accepted. In fact, in most places if you are dead, it appears you really can get away with murder and other general breaches of peace which should need police permission in other cases…

Coming back to the Taroja, they start the dead ceremony in a large field where they have actually arranged camping out, and there the buffaloes are going to be killed, camping makes sense I guess since this ritual is going to take time and its great that they select some far away field to do this in;  unlike my neighbours who have their rituals in the house nextdoor and don't let us sleep for the better part of a week.  The Taroja ritual also involves killing lots of  pigs, not necessarily because they would as in the case of the buffaloe, help the deceased reach a place called puya, but more because they are tasty I suspect. Puya is the ideal place to be for a dead Tarojan, if you don't reach this place and you get lost along the way , tough luck; although I personally wonder how some dumb buffaloes who have their necks sliced can possibly help you get there. Read more about the Taroja at http://www.tourismjournal.net/toraja-land.html or at Wikipedia which says: Torajans believe that the deceased will need the buffalo to make the journey and that they will be quicker to arrive at Puya if they have many buffalo. Slaughtering many waterbuffalo and hundreds of pigs using a machete is the climax of the elaborate death feast, with dancing and music and young boys who catch spurting blood in long bamboo tubes. Some of the slaughtered animals are given by guests as "gifts", which are carefully noted because they will be considered debts of the deceased's family.However, a cockfight, known as bulangan londong, is an integral part of the ceremony.

Well, Im an animal rights supporter and I don't like these ideas one bit.

Oh yes, a final gruesome bit of information I found "the dead are removed from their tombs to replace their clothing each year" just freaky. I wonder how family members get selected to carry out this scary and smelly task. So the next time you feel annoyed at being asked to take out the trash, please think about this ritual.

Sri Lankan death rituals involve, thankfully, no obvious slaughter (and no fraternizing with dead bodies after they are hygenically disposed of). High ranking Buddhist monks are invited and given meals, and clothing, and are supposed to chant a lot of prayers so that the deceased can feel comforted and everyone else can meditate on how impermanent life is. The dead body, or person, is not left alone but someone has to sit with the corpse throughout the night every day, until it is buried or more likely cremated. All the photographs of people on the walls are turned away from us and made to face the wall so that the dead persons spirit cant posses anyone. The body or dead person is also called kili which means unclean. Well, I agree since it is decomposing. Kili attracts more undead spirits[1] who hang around making a funeral house a really undead-infested place to stay. Im not sure how that last corpse-minding person feels like in this case, but at the same time hardly ever are any real manifestations of ghosts or undead noticed at funeral houses. This could be because there are crowds of people anyway and holman don't manifest in crowds.

Finally another rather odd bit of ceremony is when, just at the end of the vigil, and before they take the dead body away to be dealt with, the entire house is closed up with the corpse inside. This is supposedly so that all the various spirits and undead things can actually swarm around the corpse and hang on to it when it is taken out, without remaining inside the house. Nasty and selfish if you ask me! That being done the deceased is carried out head first (or backwards) so that s/he cannot remember the way back into the house. This is extremely silly if you ask me because even if one was carried out upside down with ones head in a paperbag they would still likely remember their way home, if that was the last thing they did remember. (Comeon, have you thought about it ?)

Anyway these delightful practices are rituals that have gone on for hundreds of years and don't look like they will fade for a hundred more so lets have a moment of silence for the dead in Sri Lanka.

[1] This is apart from the distilled spirits which are imbibed practically by the barrel in time with the illegal gambling that goes on behind doors but Im not supposed to talk about this as it's a bad example to young people. I m not supposed to talk about it but some people keep doing it, which is called "hypocrisy." If you feel that my talking about it has made you interested in this subject please visit the website of exemplary organisations like ADIC (http://www.adicsrilanka.org/)  which are trying to fight this useless, destructive and anti Buddhist habit. 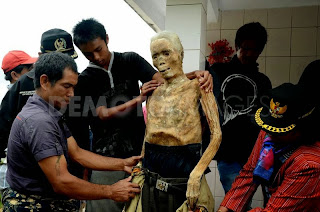