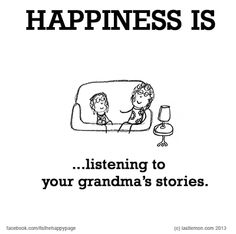 And so , since all stories must have a beginning , my life story probably starts with this  wonderful ancestor, grandma Isabelle.

Now if that name makes you think of sweet, genteel colonial ladies with delicate fans, parasols and elbow length white gloves, partaking of "Tiffin" or groping tremulously for their smelling salts, let me bust the bubble because Grandma Isabelle was – different. [1]

I remember her looking sternly at me over her thick spectacles and saying "are you sure you are wearing decent knickers, child? Otherwise  skirt going up and people will laugh- big shame,  no"

I remember looking back at her and nodding humbly "yes, nana" ; I dare say your own grandma probably told you stuff like this too, when you were a kid, but the difference here was probably that I was 30 at the time, and had come to visit her, riding a small Indian Yamaha, without a valid license. …(ouch!)

She boasted of language that could out-swear the hairiest Pettah drunkard and was not afraid to use it. Words like thoe, yakoe, and bung, and rolled off her tongue with as much dubious ease as the lyrics of Edelweiss and old Nat King Cole numbers…

She was maybe a tad over five foot high and as light as a thistle but ate like a Marine, and knew how to enjoy life to the fullest.  I remember she loved anything packaged in England (peaches, tarts, wheetabix) for the same reason that children do, that its bright , flavorful and generally not locally  available, and she would cheerfully guzzle chocolates, fig biscuits  and apple tarts with a devil may care "to hell with the diabetes" attitude.(Blood sugar, predictably, didn't dare to rear its ugly head and try cramping her style, because I suspect she would have told it to go take a hike)

My art, writing and sense of esthetics I believe I owe to her side of the family and she taught me, I remember, how to paint ostriches in the African Savannah. I can still mix the exact color of an ostriches butt feathers which are a "bluish greenish black with a slight touch  of yellow in it for depth".

It was later on that I actually learned that Colombo's"Morotuwa" people are somewhat famous for the arts, (art, music, sculpting and writing ) and that "down south"  people sometimes don't really value this much because they are way more practical in useful talents like cooking and making broods of exemplary offspring…intermarry these two and there will always be gentle disdain from both sides about what the other cant do.

Grandma Isabel's favorite movie was "Colomba Sanniya " which although I have never seen in my life, I have listened with delight to the detailed accounts of,  since I was 7 and thus can actually picture clearly in my minds eye, right down to the white scratch marks on the movie.

The hero was played by Freddie or Eddie someone  who won a lottery as the story was repeated to me on torpid tropical Ceylon afternoons, which along with ambul bananas , large Marie biscuits(no longer produced) and good Ceylon tea, makes me now realize how ancient I must be…it is  classic 1940s style comedy about some village godaayaas[2] who get a luxury house in Colombo that they don't know what to do with. Around the point where they start doing their laundry in the commode, grandma falls into numerous microsleeps and I have to start nagging her for the balance.

By 90 and bordering on Alzhimic, Grandma Isabelle had a distinctly selective and very volatile memory, something computer junkies would have called "Need Only Memory" because she remembered things only if they suited her, and otherwise resorted to a an extremely blank and innocent expression of pleasant non recognition which she had perfected down the years.

So questions like " would you like another piece of angel cake ?" would be met by a carefully worded and vague " what angel cake ? did I just eat a piece?" which meant of course but don't tell anyone I ll be having two.

I don't believe Nana worried about death at all, even thought she was past 90 when it got her. Although she sometimes discussed passing concerns like globalisation, deforestation and whether young Tushi was having an unsuitable affair in her office , she accepted inevitable eventualities like illness and mortality with the calm don't care attitude of a tattooed underworld thug.

In fact quite predictably she went down singing and joking and her last recorded words where a cracked baila very loosely translated as "shall I tell you of the love I have for you? In the afternoon come to the bathing pipe-and ill tell you" and I know she went laughing all the way.

Grandma was a rebel in her age, like I am in mine.

They say that each person will somewhere be duplicated in her ancestry or among her descendants, and if so I wonder if I will someday have a pixie faced, happy go lucky tomboy of  a grand or great grand daughter, who will write about me.

Just maybe she will be called Isabelle, too.

[1] This sort of explains me, but not fully