When the Going Gets Tough…and other random Diaspora tales

They are cleaner, shiny and their luggage smells good. Their kids speak alien tongues and burst apologetically into delicate pink bubbles in the evenings, on principle. You know who I'm referring to, it's the Diaspora.

That's those Returnees, kalu suddas, pita-rata-kattiyas  or in other words the sweet friends and relations of ours who have managed by hook or crook to land themselves in some foreign country and stay there, and are back on vacation for a few weeks to touch base and prove to us how happy they are. Seriously… we don't need convincing.

I don't know if its just living in the same country as I do that puts them off, but the last time I counted at least a half a dozen of my acquaintances per month were immigrating. This is not about tourism, shopping tours or landing a nice job abroad, these people were withdrawing EPF, divorcing anyone inconvenient, selling their homes and completely and permanently deserting the country; any descendents they have will not know about Sri Lanka except as some distant, dusty, war torn Jungle Island near India which they read about in wikipedia, where "Indiana Jones and the Temple of Doom" was filmed and which used to have a few elephants. The situation is that bad. A definite conundrum for future paleontologists who will wonder about this mass exodus of islanders from a country that seems for all intents and purposes, to be a paradise… 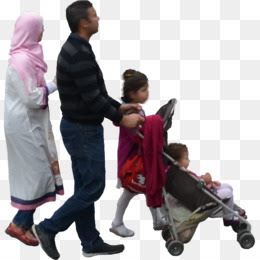 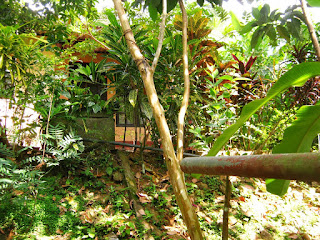 THE MOTORCYCLE FAMILY
Do you ever wonder what the people in these countries which host us must be thinking?  Well, for a start if it were possible to calculate the numbers of Sri Lankans who have settled abroad and given up Sri Lanka it would undoubtedly exceed the number of those still here (although of course to give them credit they are trying their best to multiply to make up for those lost to brain drain).

The unfortunate fact of course is that since other countries only let in the most intelligent, cunning and tech savvy literates from Sri Lanka, the remaining inert half witted social parasites, this writer included, simply hang around drinking away their sorrows and when given the chance multiply without much thought to quality of life. One picture sums up Sri Lanka's future in my mind- that of the Contemporary Motorcycle Family – a kid in the front, then the guy, then the baby in the middle and the pregnant wife at the end of a 100 cc Bajaj, and probably the days shopping on the handle-bars. Optimists, I reckon who decide to make families first and then think of the repercussions later. Double salaries barely enough to get them from month to month, they have to find ways of making a home, buying a car, paying for children's education in a country where the best minds are leaving. And they don't really seem to think that when the kids grow older their might not be room for all five of them on the bike….do they?

But Sri Lanka is green, it is a resplendent isle so what are the greener pastures we seek? It can't be sunny weather or the food, since we mostly agree that this country is beautiful and that "common" food is probably tastier and cheaper here than anywhere. It can't be the clothes or entertainment since the availability of pirate DVDS means we usually see the latest Hollywood hits before the Americans do. Don't forget valuable software which should cost 2000 dollars is available here for 200 rupees.  It cant be anything domestic since for example the local market for manpower runs at something akin to slave labour rates when compared with other countries, and having a housemaid or a "dog-boy" would be unthinkable in any of our glamorous destinations unless we were film stars or tycoons. It probably can't be broadband access.  Then what do the hopeful migrants actually want?

THE CASE OF THE LADIES' VEHICLE BASHER

Maybe it's not totally material, but rather attitude based. I know lots of people who just want to get away from prying, nosy, interfering, gossiping relations and friends (that would of course be us, ourselves.) I know lots of people completely fed up with the torture involved in bureaucracy, the fact that it takes days and so much exhaustion to get a simple official matter done, running from pillar to post; and finally there is the total helplessness that people face when their rights are violated, because of the lack of effectiveness of any legal process…

This scam has been going on for sometime and people need to be made aware about it, especially lady drivers. There is a ratty devious looking man (at least one definite case so far) driving around Colombo in a dilapidated grey Nissan "Caravan" van, who deliberately crashes into lady-driven vehicles in rush hour traffic. He then insists that he will not take the vehicle away from the site until the police comes, thereby  creating maximum disturbance. He then suggests the victim pay him 10K to paint his vehicle "later on". Then he will remove the vehicle or proceed to the police station to settle the matter at courts. (He points out that according to local traffic law in a case of dispute the Police cannot actually settle things but have to make the two statements and pursue the matter in court)

The latest victim of this scheme was a lady with her five year old daughter driving home from work; her vehicle was baldy damaged and needless to say the child too suffered some shock.  To the time-pressed lady executive of today who does not want to go through the whole process of sitting in a Police Station and the subsequent court case with the amount of time and effort entailed, submitting to this cowardly blackmail seems to be the only way out. The man himself is quite cool about it and is content to sit for hours since he knows he can get away with cash at the end of the day, and that working ladies do not have the time or inclination to follow this to court and even if it went there he probably would not lose.

Finally in desperation, at the police station the lady (who any way has the major damage) offers to repair the vehicle at her Garage without giving cash to hand but the sleezeball refuses saying that he has to get it done at his place as he does not "trust" other places. So this blackmail seems to have no end and you can well imagine the sheer teeth gritting head banging frustration it would involve, leading to darker thoughts of vigilante terrorism, perhaps….

HEADING DOWN UNDER MADE SIMPLE

Finally then, and to make my article actually useful, a word of advice from one of my nephews on how to get in to Australia (which seems to be where half of Sri Lanka is since of late) "don't bother with these consultants and wise guys who claim to be able to give you hints and tips. Some of them are definitely out to sabotage you and you only find out later that they have set you back by years so that they can get various commissions." he says, "If you can read English and you have access to the internet, go browse the Australian Immigration Department website thoroughly and find out what they want and if you have it or can get it -then work towards it. That simple."

Sounds good to me and I shall think about it. Probably.

The author loves Sri Lanka, with all its quirks and aggravations.  You can write to her at chandrika6@gmail.com, and share your thoughts and suggestions. And meanwhile if you have had a nasty experience with the Ladies Vehicle Basher be sure to contact her, and network. This really has to stop.